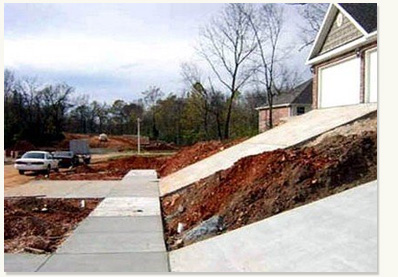 In a recent conversation with a colleague we were discussing whether a company should tackle on-site SEO on their own or hire a firm. Needless to say which side I took. This led to a conversation in home improvement that directly relates to outsourcing SEO vs doing it yourself.

If you are a DIY-er you probably know the list of things that you need to have done and you may even know how to implement some of them. Let’s take for instance installing a door – seems simple enough – measure the opening, buy the door, install the door. For most DIY-ers they even know the inventory of tools. Where it starts to get fuzzy is using the tools correctly and installing the door correctly (i.e. is it level, is it plumb, etc). If this is your first, second or even your third time installing a door it still doesn’t compare to a practitioner who has installed hundreds even thousands of doors. They can install it correctly and in a fraction of the time.

This is the same for SEO – you may know what to do but you may not know how to do it. Or better yet, do it the right way. It is one thing if you want to have something done, it is another to want to have something done right. For on-site SEO it is a lot more than just keywords, titles, metadata or the URL structure. It is not just about doing simple keyword research and a simple competitive analysis to arrive at your chosen terms.

In most cases, it’s what the DIY-er doesn’t know that hurts them. It’s the simple tricks, the new tools, the history and experience of having done it over and over again as well as how things have changed over time that affect success (the history of SEO).

Most importantly, it is all of the other factors that DIY-ers don’t even consider that can have a greater impact on search engine visibility.

A few months ago we received a phone call from someone who said they have been doing SEO for 6-months and felt they did a pretty good job on all the titles and metadata for their client’s new site and were wondering why they had zero leads coming in since this site was built “search engine friendly” and had “keywords”. The prior site was receiving 5-6 leads per week.

One of the factors they dismissed was the domain name. They failed to realize that the new domain they were switching the site to was brand new and had little to no visibility within search engines. They didn’t even consider this as a factor and launched a personal site on the old domain with over 11 years of authority and credibility within the search engines – basically wiping out all of their relevancy for their business. So now they had two new sites and are having to start all over.

Imagine the investment over that 11 years. And now? All gone and they must start all over in what is now an even more competitive arena than online was 10 years ago.

What your company should consider before deciding on whether to outsource Search Engine Optimization (SEO) or attempt it in-house:

Consider this when looking to do on-site SEO in-house, do you really know what you are doing? Is it worth the risk? What is it that you don’t know that may hurt you or even worse may cause it to all be thrown away?